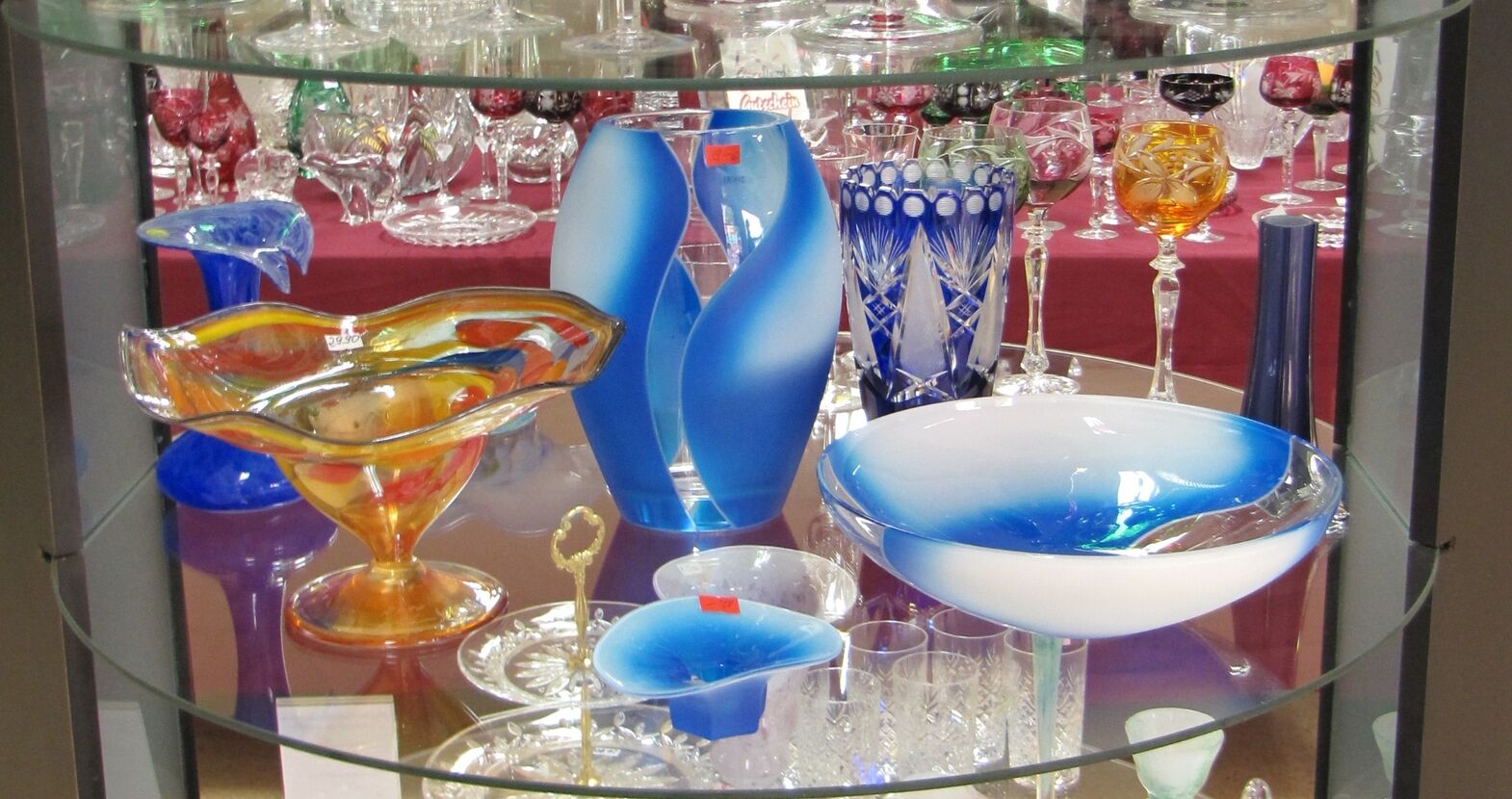 Döbern (Lower Sorbian Derbno) is a city in the district Spree-Neisse in the southeast of Brandenburg, the last corner of the former Prussia. The surroundings of the Döbern base, located in the southeastern part of the Lower Lusatia, are decisively shaped geographically by the Muskauer Faltenbogen. Its highest elevation is the Hohe Berg with 184 meters.

Döbern had its origin in the valley, thus the Sorbian toponym Derbno, which means as much as Taldorf. In 1867, the Hirsch brothers built the first glassworks in Döbern. They are thus considered the founder of the local glass industry. Extensive raw materials such as quartz sand and lignite for energy production in Lusatia were the basis for the economic upswing of the town, which was also favored by the development of Lusatia from 1860 onwards. The upswing would also be made possible by the immigration of well-trained masters in glassmaking Silesia.


1876 ​​In Döbern, the first panel glassworks opens its production.
1882 The "glassworks Fettke & Ziegler", which are important for Döbern, are founded.
1886 Adolph Hirsch, a son of Robert Hirsch, founds the glassworks "Adolph Hirsch - Hohenzollernhütte".
1891 On February 28, 1891, Robert Hirsch transfers the trading business of the company "Robert Hirsch" to his sons Hugo, Oskar and Adolph (registered at the Royal District Court, Forst, March 6, 1891).
Döbern receives a train station. On the 1st of September the freight traffic, starting from 01. October the passenger traffic on the new railway line forest - white water is taken up. This means the connection to further sales areas or the upswing of the Döberner industry.
1896 Anton Hirsch founds a panel glassworks in Groß Kölzig (later to Döbern).
1900 The company Fettke & Ziegler expands the "Hedwigshütte" in Groß Kölzig (later to Döbern)
1901 The glassworks company "Baldermann & Co" is created. In 1905 12 men founded the company "Müller, Poeschmann & Co", the so-called "Apostelhütte". They create lighting glass body.
1921 Under the name of "Niederlausitzer Kristallwerke Brox & Mader", the former panel glassworks “Hirsch, Mielisch & Co" is continued. As a result of sales difficulties with sheet glass, conversion to hollow glass products takes place.
1929 The glassworks "Gebrüder Hirsch" is continued under the name "Kleiner & Baderschneider" (until 1945).
1948 The "Glashüttenwerke Fettke & Ziegler" are expropriated on 17 April. An objection is initially granted, but later withdrawn, so that on this basis the "state-owned operation Glaswerk Döbern" arises.
1968 Commissioning of the new glassworks in the Ringstraße. With a few exceptions, Döbern's glass industry is thus under one roof.
1972 Expropriation of the last private and semi-public glass companies and later integration into the VEB Glaswerk Döbern
1989 The VEB Glaswerk Döbern has about 1,725 ​​employees.
1990 The first layoffs, mainly retirees and pensioners, begin on 30 June until 31 December.
July: Until the first privatization of the Döbern glassworks, it belongs to a stock corporation, which consists of only three companies of the former Lusatian Glass combine (Sachsenglas Schwepnitz, Lausitzer Glas Weißwasser).

This year, the master of glass finishing Peter Adam sets up his own business in the last building of the former Hedwigshütte with a glass and lead crystal grinding shop. Peter Adam has learned the profession of glass refiner from earliest youth. He worked as a pattern grinder and brigadier in the VEB Glaswerk Döbern.

Adam-Kristall, as the company was called from then on, employed up to 15 grinders in the 1990s. Under the skilled hands of Peter Adams and his associates created bowls, vases, goblets and other utensils made of glass and lead crystal.
The small artworks were sold in their own shop at Hedwigshütte 1a.

The basis with a functioning glass grinding to ensure a sufficiently broad offer resp. The production according to customer requirements was available. Likewise, the name Adam Kristall, which could be maintained for the time being in consultation with the old owner, was in the neighborhood a synonym for high-quality craftsmanship.

After the takeover, ProLausitz Product and Service GmbH temporarily outsourced the sale and the grinding shop to its own premises and gutted and renovated the last building of the former Hedwigshütte. On March 8, 2013, in the presence of all craftsmen participating in the renovation, representatives of the municipality and veteran Peter Adam and his wife reopened the business. For example, 180 m2 of retail space is available for the sale of Döberner Kunsthandwerk in glass and lead crystal.Since 2014, the company has been known as the "Glasmanufaktur Hedwigshütte", bearing in mind the historical location of the company. 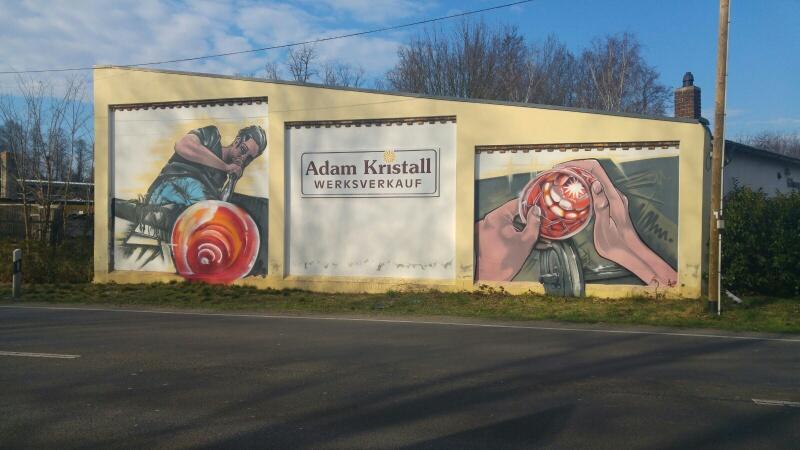 The wall design was funded by the Lausitz representative.